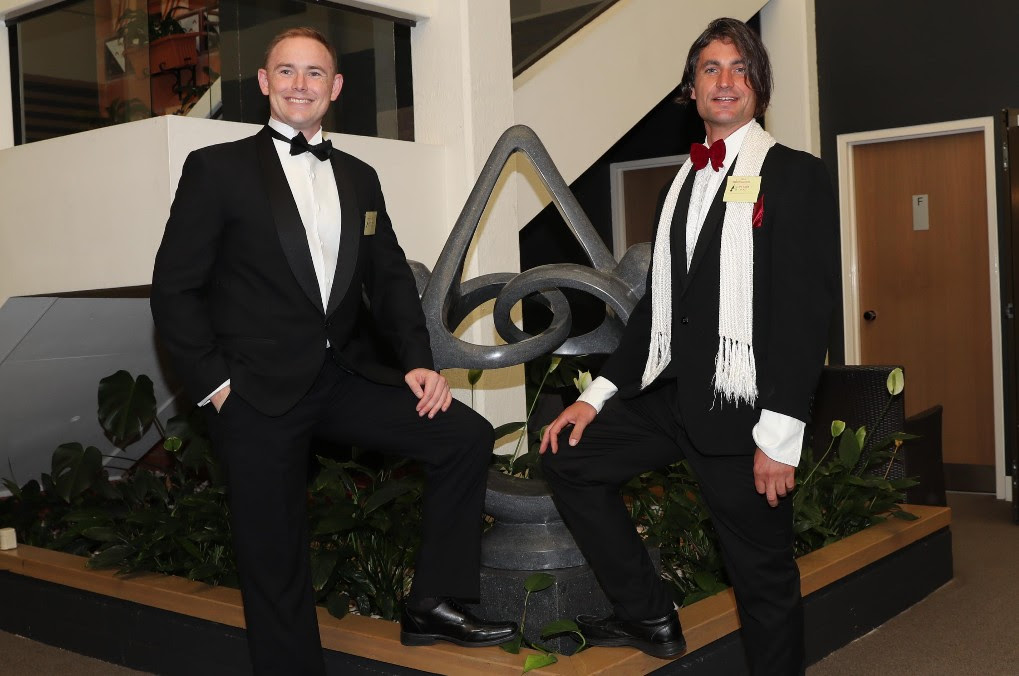 Design for Living is in mid flight with rehearsals, dress designs, set design and actors working very hard to bring to life an amazing script by Noel Coward.
Director Fay Walters says the play is about a continuous love triangle with three lovers; a woman and two younger men. The young men have made their way from rags to riches, which has a rather dampening effect on the way their idol sees them. She preferred the times when they were not successful.
The artistic team of actors joyfully pursue all the nuances of the words of Coward who is well known for his literary skills, especially when creating words for the sake of words.
The cast find the piece of theatre an exploration of the glitz, gusto, glamour, neurotic behaviours of the rich and famous and the continuous dilemma of who loves who the most and what they will do about the complexities of the entire situation.
The audience may look forward to ever changing comic situations, fast moving changes of heart, re unions and total mayhem. Overall this is a fine recipe for total entertainment.
Cast members Jo Darby, Jackson Balme and Joel Hardy are the characters with the big question mark asking whom shall I choose? It is the somewhat stable and moral sense of Ernest, best friend to all three played by Tony Trench, who ends up with a somewhat twisted fate in the closing moments of the play.
Dates of performance of Design for Living by Noel Coward 27,28,29 April 3, 4,5 May Evenings performances at 7.30, Sundays at 3pm
Basement Theatre Bookings now open.